BE THE BIGGER MAN.  WALK AWAY.  THEY’RE NOT WORTH IT.
by Jon Messenger 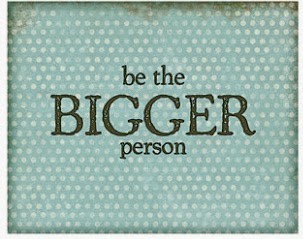 I’ve been amazed how inundated the media has been with stories of teenagers being bullied.  It’s horrible how many stories are out there right now of cyber bullying or physical bullying that resulted in suicides.  It’s a poor reflection on our society as a whole (and yes, Canada, I’m grouping you in with this) that so much bullying exists.
I was thinking about good advice for an anti-bullying post but struggled because I didn’t really experience a lot of bullying when I was growing up.  My brother – who was four years older than me – harassed me but my older brother also made sure no one else gave me a hard time.  I wasn’t cyber bullied, mainly because when I was in high school going online involved asking everyone else to stay off the phone and listening to the horrible screeching of a dial up modem.
Even so, my parents still told me the invaluable lessons about dealing with bullies: be the bigger man.  Walk away.  They’re not worth it.
Like most people, I associated bullying with adolescence.  It wasn’t until I examined my life since graduating high school that I realized that bullying was sadly still alive and well.
For the past 11 years, I’ve been serving in the US Army.  If you truly examine the type of people in the military, you realize they fall into one of three categories.  The first are the “normals”, which are those who are either patriotic or come from low socioeconomic areas and don’t have a lot of options other than signing up for the military.  The “normals” are usually hard working because they’re committed to being the best Soldier or Airman or Seabee or Marine possible.
The second category is the “jocks”.  Surprisingly, these aren’t the bullies.  The “jocks” excelled at sports in high school and possibly college but didn’t have the skills to join the NBA, NFL, NHL, or MLS.  They live for the adrenaline rush that comes with competition, even if that competition is life threatening in a combat zone like Iraq or Afghanistan.  Aside from their unnatural drive to be the best at everything they do, they’re usually good Soldiers as well.
The last category is the group that saddens me the most.  I refrain from giving them a real title other than “bullies” because they should know better.  For all the kids that got bullied for being thin or weak or geeky in high school, a small group of them are still determined to join the military.  They might do it for all the right reasons but once they’re in the military and start gaining some rank – either because they worked hard in the enlisted ranks or went to college and became an officer – they suddenly see the “normals” and “jocks” and have terrible flashbacks to all the abuse they suffered in their youth.  With the rank and position now in their favor, they view this as their chance at payback.  And, to be honest, they’re some of the worst bullies out there.
This post isn’t directed toward those being bullied as adults.  Unfortunately, changing jobs or filing complaints are really the only outlets as adults to get away from bullies. 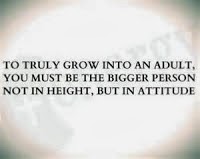 No.   This post is directed toward the world’s new bullies.
Shame on you!
After all you went through in high school – the hell bullies put you through when they knocked into you on purpose as you passed in the hallway, the misery you felt as people laughed at you behind your back, and the nervousness you felt doing everyday activities because you were sure someone was waiting to ridicule you – what possible justification could you think there would be to do that to someone else?
Have you forgotten the bullying mantra as you got older: be the bigger man.  Walk away.  They’re not worth it.
Are you the bigger man because you use your rank and position to make someone else’s life hell?  Do you not look into the eyes of the “normals” and “jocks” every time you walk toward them?  Do you not realize they dread anything that might come out of your mouth?
If there were one piece of advice I could give to adult bullies, it would be this:
Nothing’s going to happen to you when you’re a bully.
Nothing at all.  No one’s going to want to be your friend.  No one’s going to respect you.  No one’s going to want to date you or spend their life with you, especially when they realize how petty you are.
Nothing’s going to happen to you.
If you’re okay with that, then I encourage you to keep on bullying people.  If you want to build real relationships with people, then remember this advice:
Be the bigger man.  Walk away.  They’re not worth it.
Otherwise, you’re going to find that the truth is that you’re a very small man.  There will be no one who cares about you enough to walk away from.  And you’re the one who’s just not worth it.  Not worth their time.  Not worth their love.  Not worth their respect. 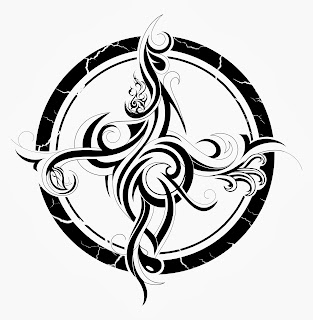 Wind Warrior and Flame Caller by Jon Messenger
(New Adult- Paranormal Romance)
Available Today!
Get it today on Amazon and Barnes and Noble
THE EARTH GIVES WAY TO THE SEA,
THE SEA BOWS BEFORE THE WIND,
THE WIND FEEDS THE FLAME,
THE FLAME BURNS THE WORLD OF MAN DOWN TO THE EARTH.
The sleepy town of White Halls harbors a dangerous secret. On a picturesque street, two houses down from a lovely little park, in a quaint little home with a wraparound porch, lives a family that seems rather normal. Sure, their twenty-year-old son, Xander, still lives at home, but he’s going to college and dating the leader of the schools top sorority. It’s all very… normal.  However, when a man is miraculously saved from being hit by a bus, Xander’s life turns in to the living embodiment of the tornadoes he can suddenly create with a flick of his wrist. Whether he wants this gift or not, Xander must learn to use his new ‘super power’ quickly if he wants to survive.  For his kind is a dying race, and when this sleepy town has a sudden influx of new, blonde, fire wielders, no one is safe, especially Xander. It doesn’t help that one of these blondes happens to be the most beautiful girl he has ever seen. Xander can’t deny the instant connection he feels to her so, when she tries to kill him, it certainly makes things complicated. 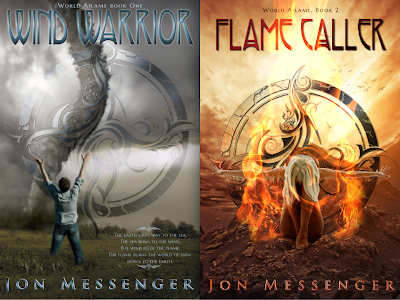 Get The Free Novella 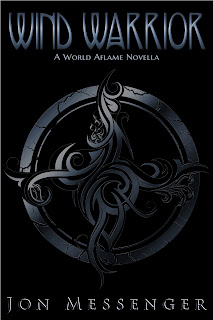 Jon Messenger (Born 1979 in London, England) serves as an United States Army Captain in the Medical Service Corps. Since graduating from the University of Southern California in 2002, writing Science Fiction has remained his passion, a passion that has continued through two deployments to Iraq, a humanitarian relief mission to Haiti, and an upcoming deployment to Afghanistan. Jon wrote the “Brink of Distinction” trilogy, of which “Burden of Sisyphus” is the first book, while serving a 16-month deployment in Baghdad, Iraq.
Wind Warrior is Jon Messenger’s break through novel published through Clean Teen Publishing.
Facebook: https://www.facebook.com/jonmessengerauthor
Author Website: http://www.jonmessengerauthor.com/
Website: http://www.cleanteenpublishing.com/wind-warrior.html
Twitter: @JonMessenger
Goodreads: http://www.goodreads.com/author/show/4156441.Jon_Messenger
YouTube: Watch the trailer today! http://www.youtube.com/watch?v=_PbsBD3XeT4