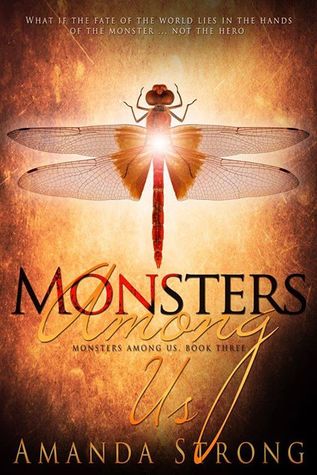 What if the fate of the world lies with the monster—not the hero?

The world is shifting, and Sammy has complete control. But as hidden truths surface, she starts to doubt everyone who is close to her. The Ancients and Kory have been harboring dark secrets, and it could mean war between the Dragon Fae and the Irukas. With the Defenders as her devoted soldiers, Sam must make some difficult decisions. Should she save the world… or save herself?

Blake won’t give up on Sam. He knows he can’t trust Tonbo anymore, or the web of lies he’s been thrown into. If he hopes to save Sam, he must find the real reason Kory created the bug army. Turns out there could be something far worse than bloodthirsty bugs buriedon the islands, and Blake will have to fight his own inner demons if he wants to save those he loves—including Sam.

In a world filled with mistrust and lies, Blake and Sam must unearth the truth and face their own fears and weaknesses. If they don’t, their lives—and the fate of all humanity—will hang in the balance. 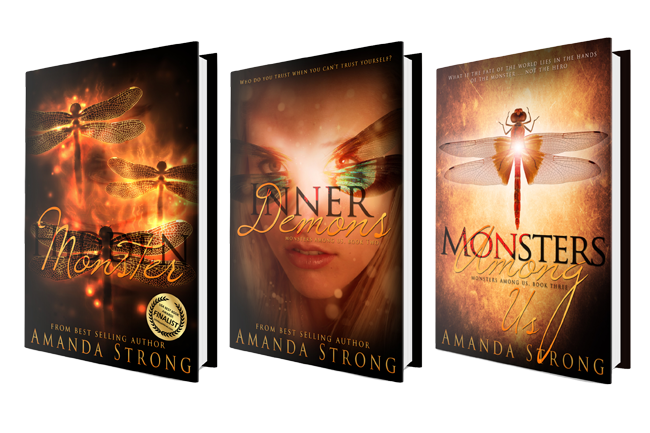 Rounding a corner, I flew right into a pair of bright aqua eyes. I knew those eyes, and the recognition felt like a slap to my face. I halted, not just to avoid collision but because of absolute shock.

I remained stunned, still hovering inches from his face. Where were all the Defenders? How did he just waltz in? Why wasn’t he bound? I couldn’t process what I was seeing.

Trying to recompose myself in those milliseconds we both remained in a locked gaze, it dawned on me that Jaxon had not rushed his brother. I only heard heavy breathing behind me, and I wanted desperately to turn around to see what Jaxon was doing. Was he preparing for an attack, or was he awaiting my command?

Yet, I couldn’t peel my eyes away from Blake. Those aqua pools pulled me closer, beckoned me nearer even though our faces were mere inches apart. Frustrated, I commanded myself to move. Show some strength. Straighten your back, for heaven’s sake. I’m like a freaking hunchback, practically bowing to him. What’s wrong with me? Back up… now.

I didn’t move. I couldn’t. It was like my bedroom all over again, when I’d found myself moving toward him, longing to be near him against my will. Only this time, it was worse. He was too close, the magnetic pull reinforced by his nearness. I felt helpless against it, which panicked me more.

He didn’t say anything, his eyes raking my face, searching for Sam. But I’m not Sam, I wanted to shout, though I didn’t. I just kept on gazing into his eyes like a dunce.

You’ve got to be joking, Sam. I heard and felt nothing. I know you’re here. You must be, because I’m freaking stuck in place.

Again, there was nothing to betray her presence until I did the unthinkable. I closed the gap and kissed Blake.

I kissed him like my life depended on it, like I couldn’t get enough of his mouth, like he was the only person in the room, never mind the others’ audible gasps. I wrapped my hands around the back of his neck, pulling him to me. Blake seemed just as shocked as I was by my actions. He stiffened at my touch, groaned under my lips, and then, before I could feel remorse, pulled back from me as fast as I’d come at him, untangling himself from my embrace.

There were those eyes again, probing my face, questions forming but not spoken. 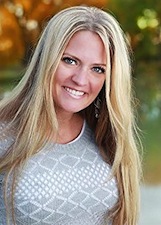 Born in Dekalb, Illinois, Amanda Strong has called Utah, Arizona, Hawaii, Virginia, and now New Mexico home. She has loved to spin tales since childhood. It was not uncommon to find her hiding in some random corner, scribbling away in her spiral-bound notebook, with her bright pink glasses. You could say some things have not changed.

Amanda signed with Clean Teen Publishing in the fall of 2013. She is the author of two paranormal, YA series: The Watchers of Men and Monsters Among Us.

The first novel in The Watchers of Men series, The Awakener, debuted in October of 2013. It has been an Amazon number one best seller in three Young Adult categories. Book two, The Holy and The Fallen, released May 12th of 2015. She is currently working on book three, The Watcher’s Mark, releasing spring of 2016.

Hidden Monster released November 4th of 2014, and it finished as a Finalist in the 2014 USA Best Book Award: Young Adult Category. It is book one of a brand-new young adult, sci-fi thriller series called Monsters Among Us.

When Amanda isn’t writing, you can find her chasing her three rambunctious children around the house and spending time with her wonderful and supportive husband. On some occasions, you can still find Amanda with her not-so-pink glasses, hiding in a corner reading her favorite young adult fantasy novels or working out only to blow her diet by eating ice cream. See more at:
www.authoramandastrong.com